Movies That Never Were – Roger Rabbit: The Toon Platoon

1988s Who Framed Roger Rabbit is rightly considered one of the best movies of all time. It’s ground breaking blend of tradition 2D animation and live action still looks fantastic today and in Jessica Rabbit a great many people had their first sexual awakening. Even now, near enough thirty years later, this film really really holds up. 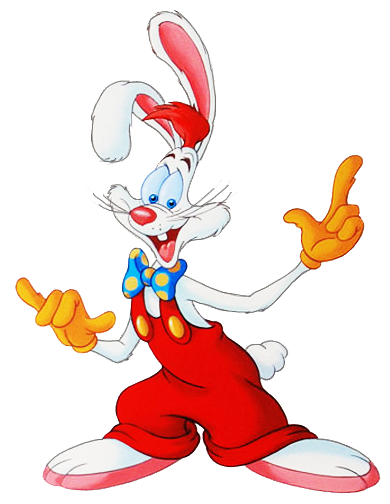 One question that I’ve often asked, over the years, is why we never saw any more of Roger Rabbit. No sequel, no spinoff TV show, Mr Rabbit was one and done. Well it turns out that there was a sequel planned, and a script exists (if you can track it down it’s well worth a read as it’s brilliant), but it was destined never to be.

Well first we’ll look as to why it never happened then we’ll have a look at the plot of what might have been.

The first reason is a sadly obvious one – that of rights. Who Framed Roger Rabbit was co-produced by Amblin Entertainment and Disney and both companies believed that they owned the rights to the character. Gary K Wolf, writer of Who Censored Roger Rabbit the book on which the original film was based, also believed that he owned the character rights and in fact fought a lengthy legal battle with Disney over money he believed he was owed in royalties from Who Framed Roger Rabbit.

Despite the many rights issues the film has shown some progress forward over the years. In the late 90s Disney did an animation test that can be found on YouTube that replaced the originals hand drawn animation with CGI, much like what was done with Space Jam, and you can see the results below. To me it feels a little charmless. There is a magic to hand drawn animation that CGI, no matter how good, just can’t capture.

The latest update we have for Roger Rabbit, from 2014, is that a script is currently being developed for a road trip buddy movie with Roger and Mickey Mouse going across America. The version we’re about to look at though, from a completed script, was to be called Roger Rabbit: Toon Platoon and was written by Nat Mauldin.

The story would’ve been an origin of sorts plus, believe it or not, also a war movie.

Roger Rabbit, being brought up in middle America, finds out on his 18th birthday that not only is he adopted he’s also a toon. Armed with a photo showing only his mum’s legs he sets off to Hollywood to try and find her. Getting a lift with a wanna-be human actor called Richie Davenport who would’ve been this movies human sidekick to ol’ Roger.

He doesn’t find his mother but instead finds Jessica Krupnick (aka the future Jessica Rabbit). An interesting aspect of this script is the treatment of Toons in this world. They’re very much second class citizens and are victims of segregation.  Had this film ever been made the race analogy would’ve been unavoidable so this aspect would’ve needed to be handled very sensitively.

Our story then fast forwards a few years to the front lines of World War Two and the fight against the Nazis. The US Army has a secret weapon up it’s sleeve, the titular Toon Platoon, who being essentially unkillable made the perfect soldiers.

It turns out that Jessica was kidnapped by her boss, who shock horror turned out to be a German spy, and is being held captive deep in Germany so Roger and the Toon Platoon have to rescue her and in the process foil a plot to kill Winston Churchill, Teddy Roosevelt, and Josef Stalin.

On returning home to Hollywood Roger was treated as a hero and was reunited with his mum who tells him his father is none other than Bugs Bunny himself.

Now with that plot in mind we can address another reason why this film was never made. Steven Spielberg had executive produced the first film and he apparently wasn’t willing to make a comedy film set in World War Two. You have to bear in mind that Spielberg did give us the excellent Schindler’s List and Saving Private Ryan.

Having said all that we still might get a sequel. Robert Zemeckis, who directed the original, is still keen on making one as is Charles Fleischer who voiced Roger. One thing Zemeckis has said is that IF the sequel were to ever happen he’d use the same hand drawn animation style as the original but with modern techniques it’d be about a hundred times easier to make it happen.

This is one Movie That Never Was that still has an outside chance of finally being made.