Just a scant 4 years before Tim Burton’s massively successful Batman movie a very different take on the Dark Knight was in development at Warner Brothers. As the first of our series of “Movies That Never Were” let’s have a look at this proposed 1985 Bat-movie.

This movie was the baby of producer Michael Uslan. Michael Uslan is a man we may look at later as he’s been the producer of every single full length Batman film, both animated and live action, from Batman ’89 right up to next years upcoming Justice League movie.

Writer Tom Mankiewicz was hired, and paid, to do a script. If his name sounds familiar he was “Creative Consultant” on the 1978Superman The Movie plus he wrote (or co wrote) the script for most of the Roger Moore era Bond films.

His brief from on Warner Brothers was simple. He was to do an origin story for Batman but include lots and lots of James Bond-esque action and gadgets. On paper this could have been a match made in heaven.

What’s interesting about this script, especially given it was written in 1983, is that it took it’s inspriation from a comice by Steve Englehart – Batman: Strange Apparitions. Rupert Thorne was to be the main villain, a gangster well known to those who love both the comics and The Animated Series, and it was also to feature to The Joker (replacing Hugo Strange in the comic inspiration) whose soul motivation for the movie would be to revel who was behind the cowl. The script was said to be very serious in tone as opposed to the campy feel of Batman ’66 which was still fresh in the mind of audiences.

Ivan Reitman had just directed a little movie called Ghostbusters and was approached to direct the movie hot off of that films success.

All good so far? Well this is where the story gets weird. Reitman wanted to direct but only on the condition that Bill Murray was to play Bruce Wayne/Batman. Whilst that casting was a bit left of field to say the least they also wanted either Eddie Murphy or Michael J. Fox to star as Robin. Eddie Murphy would have been a very oddball choice for sure. He’s a fantastic comedy actor, and his talk of casting occurred just one year before Beverley Hills Cop saw him deservedly hit the big time, but for Robin? I’m not sure it would’ve worked especially against Bill Murray as Batman. 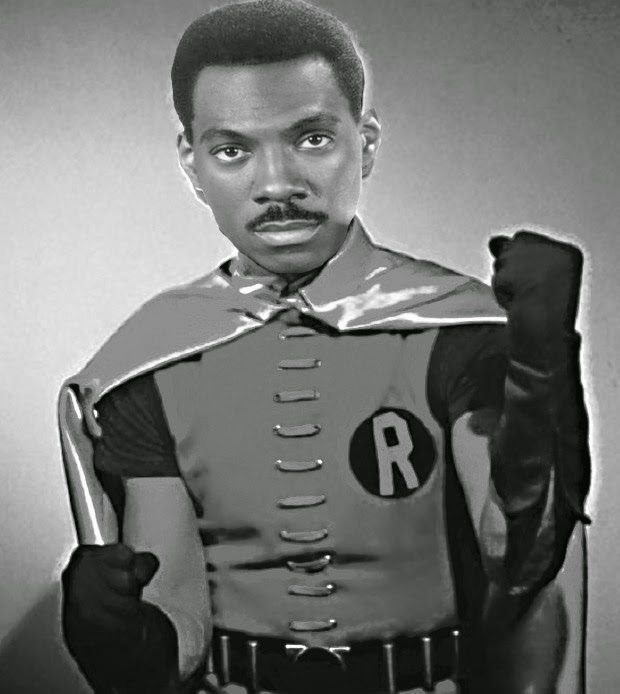 Michael J. Fox however… There was a casting idea with potential.

David Bowie was said to be wanted to play The Joker. This shall prove to be a recurring theme…

The only cast to have signed contracts were David Niven as Alfred and William Holden as Jim Gordon. Unfortunately both Niven and Holden died, causing a delay in the production, which then lead to 9 re-writes between 1983 and 1985. Ivan Reitman left the project due to a lack of movement and was replaced by Joe Dante.

Joe Dante also got fed up with the project and quit to direct a little film called Gremlins.

After this, despite all the money Warner Brothers had spent in pre-production , it was dead in the water and ultimately never came to be. Instead we got Tim Burton’s take on the character in 1989.