Of all the movies we’re going to cover in these series this is perhaps the one that came nearest to making it. After Batman Returns in 1992 both Michael Keaton and Tim Burton apparently had one more Bat-film in their contract. The idea here was to have The Ridler as the villain whilst introducing a Robin in to that continuity and extending the role of Harvey Dent from that of Batman ’89 but importantly NOT have him turn in to Two-Face.

There was a big change from the source material with Robin. The idea was that he’d be a new character based on aspects of both Jason Todd and Dick Grayson. He was to be a black street kid who Batman took pity on and decided to train as his assistant.

The casting of this one is where it would’ve been very interesting. Michael Keaton was to be back as the Bat, Michael Gough as Alfred, and Billie Dee Williams was to return as Harvey Dent (after his appearance in Batman ’89). 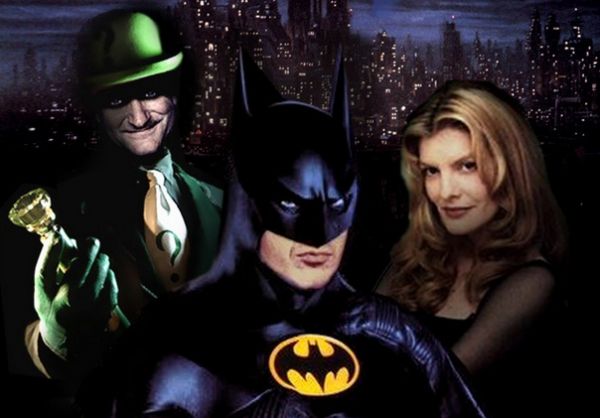 That interesting bit is that from early on in the production process Robin Williams was scouted to be The Ridler. That is a casting choice that would’ve been fantastic and it’s no surprise that the casting rumour would resurface many times over new Bat-films as the years rolled on.

The film also had Rene Russo down to place Dr. Chase Meridian and comedian Marlon Wayans, he of Wayans Brothers fame, down as Robin. 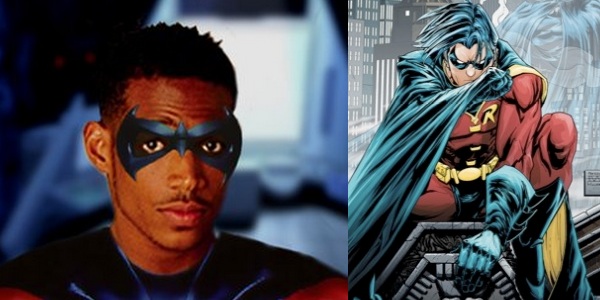 With that set up the question is simply where did it all go wrong? Well with Batman Returns box office funnily eenough. Batman Returns made significantly less than WB were hoping for and they blamed Tim Burton’s tone of the film. They said it made it very difficult to market the film at kids and merchandising was where the real money was.

They paid off Tim Burton to leave the project, although he argued to keep producer status to ensure royalty cheques a proviso that also applied to Batman & Robin, and with Burton off Michael Keaton decided he didn’t want to stay on the film despite being offered an at the time hefty $15 million to do so.

Joel Schumacher was brought on board, the script was rewritten to include Two Face, and Batman was recast as Val Kilmer. Interestingly it was only on the recasting of Batman that Rene Russo left the project as she felt that the fact she was significantly older than Val Kilmer made her an unsuitable love interest. She still got paid for being in the movie though as did Marlon Wayans who picked up a full pay cheque for his none-role as Robin when the part was recast to Chris O’Donnell.

Apparently the version of Batman Forever we saw had only a title in common with the original version that Tim Burton was working on.