In the early 1990s there was talk of a live action X-Men movies. Bare in mind that this was a golden time for Marvel’s merry mutants. The newly relaunched X-Men 1 comic had become the best selling single issue of all time, the Fox cartoon was a massive success, so it appeared that the sky was the limit.

The plan, for unlike early articles in this story this one was only at the planning stage, was for Point Break director Kathyn Bigelow to direct a story from long time X-Men scribe Chris Claiment and Stan “The Man” Lee himself. 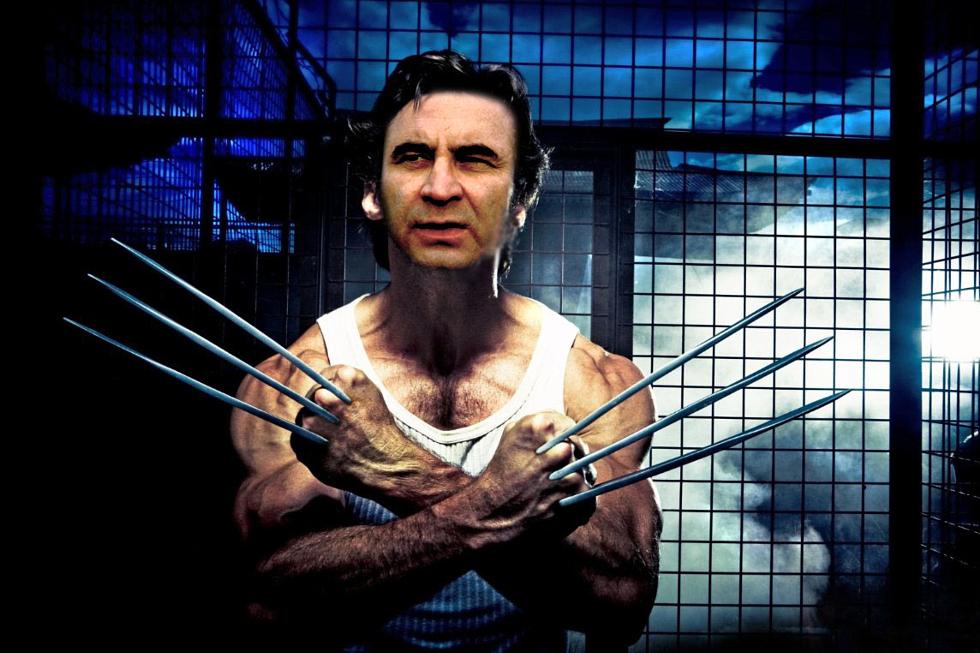 On the face of it that’s a frankly ridiculous casting decision but if you think about it for more than a few seconds it makes perfect sense. Bob Hoskins had a reputation for playing hardmen in films such as The Long Good Friday. Plus he’s short and comicbook Wolverine was also very short.

This is what Chris Claremont himself had to say on the matter:

Over the course of the three (first X-Men) films he evolved on screen in much the same manner he evolved in the comic. The Wolverine quite naturally becomes the core essence of the group. It would have been interesting if we’d done it 25 years ago and I’d gotten my wish and Bob Hoskins had played him. Hoskins has that same degree of mad fury and he’s short. Don’t think of Super Mario Bros. think of The Long Good Friday. With Hugh Jackman, it just reverses the paradigm, he’s six foot four and who cares?

Bob Hoskins however isn’t the only actor linked to ol’ Wolvie. Before the announcement of Hugh Jackman’s casting several names were linked with the role including Johnny Depp, Russell Crowe, Dougray Scott, and er Glenn Danzig. Nope I’ve no idea who he is either but just imagine a world where Johnny Depp was Wolverine. If he was signed in to a multifilm deal we might never have got Pirates of the Caribbean.

That’s definitely some food for thought.

An interesting tidbit on Angela Bassett however… When Brian Singer was casting for his 2000 X-Men movie she was offered the part without even having to audition. She turned it down and it went to Halle Berry.