Why do I remember this mini series? Why did I watch one episode on the Sci Fi channel one day and hunt down the dvd through Amazon? I really couldn’t tell you. No wait.. I can. 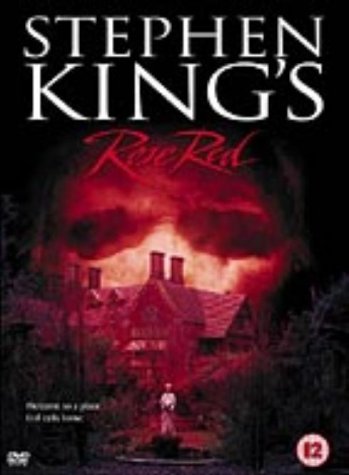 Because once you got over the very bad looking boulders that strike the house, this series had a nice haunted house story at the heart. Most of this ghost story is now lost on me. But the show still earns it’s place here at Reaction on this list. Here’s why.

This was the first time I had seen someone with a learning disability (the Annie Wheaton character) portrayed positively. Like most of the “Stephen King” children she has a super power. This time it’s a tad similar to Carrie. But it worked and I remember thinking it was great to see a character that had a learning disability but was also “gifted”. It was refreshing, like the disability was a secondary thing to the Telekinesis. The character also has a major role throughout the series.

The second star of this show was the houses itself. I seem to recall that it was a ghost house of illusion. A haunted mansion where the rooms changed behind them. I was reminded at times of the Outlook Hotel in the Shining books.

The other characters, all have gifts and are paid to enter a dormant Rose Red, and you just know from the outset that it’s not going to end well for them. (There’s even a fake doc on the history of Rose Red in the extras)

These two good points aside I should warn you that the pacing is slow and compared to the other works on this list (the ones adapted from novels) It’s also quite predictable. But it was an interesting enough series to be worth a watch and one that stuck in my mind enough to end up here.

On one level the series is pure popcorn “filler” TV. Horror but with a 12 certificate (I wasn’t much older the first time I watched it either). On another it’s got a few strong ideas that I wouldn’t mind have seeing elaborated. Perhaps in book form.