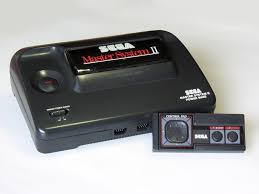 If you are American you could be forgiven for forgetting that Sega had a console before the Genesis.

For American’s the story ends for the Master System with the release of Sonic the Hedgehog in 1991. Here in the UK and over in Europe the master system enjoyed a long lifespan. Up until 1996 a whole five years after our friends across the pond had written off this hard working system.

So what was the Sega master system, and what where the Americans missing. It was, after all just the 8 bit system on the losing side of the console war with Nintendo right?

Sort of yes, but the master system was slightly more powerful, and had a few more colours and nowhere near as bigger cartridges. It also used the initials SMS well before the mobile phone.

The Master System was this Analyst’s first home console and so his first taste of Sonic the Hedgehog. Here are a few games I enjoyed (and that vaguely fit into our Other Worldly theme) on the SMS in order. 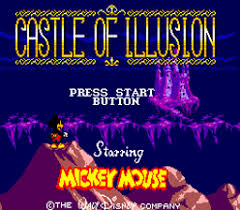 My absolute favourite back in the day. Nice catchy music and beautifully animated levels. It’s still that way. Minor issue now is the difficulty. I don’t like difficult games as I believe a game like a movie is an experience. But here the difficulty is a tad easy. I’m looking back at this at twenty seven years of age and that criticism maybe a little unfair. 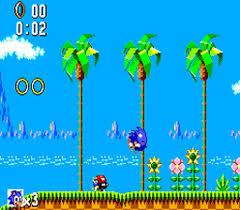 The only downside here is that I have played the Mega Drive version. This runs much more like the usual platform at less speed than the MD. That doesn’t mean it’s not a great game. The gems are hidden in the levels (it’s amazing how many hiding places I remembered after such a lengthy absence.)

The game starts off in green hill zone much like the MD version. It is later with levels like the Jungle Zone that this version comes into it’s own.

This is still a nice little Sonic title and much less confusing and playable than some of the spiky hedgehogs later late 00s 2D outings.

Sonic went onto spawn two sequels on the SMS despite Sonic 1 being the last release in the USA. Sonic 2 and Sonic Chaos were fine games. I have a preference towards Chaos as I don’t think the hang-gliding gimmick worked as well as they thought it did.

Side scrolling platform / exploration game. Like the film the soundtrack here is great. Midi versions of the jungle book’s music. The exploring for the gems confused me and was something I didn’t like the first time around. Playing it now I love the concept. It means that doing all the obstacle in the playing area. Some of them a few times until you get the gems.

Slight niggle to someone who hasn’t played it before (and this analyst that forgot.) The bosses don’t have a hit counter or damage meter. Keep firing them bananas

That’s some Sega Master System memories. From a machine that gets largely forgotten but was a great console for many like me growing up. Great because they were easier to get hold off and the games themselves weren’t over expensive second hand. ( New however that wasn’t the case The Jungle book cost my poor parents £30)

In 2009 tectoy of Brazil, a place the SMS has always been popular released another version. The Master System Evolution.

Could the SMS be making it’s way back from the Retro heap?