Retro Reaction #57.4 It was Annoying The First Time

Sometimes in gaming you will run into a console doing something you don’t think it should. You may think it is a design flaw. Sadly it isn’t. For example in a modern era of gaming when every game you insert asks for a 500GB day 1 update patch to work (I’m exaggerating but only slightly) isn’t a gaming flaw. It’s the way it was meant to be. 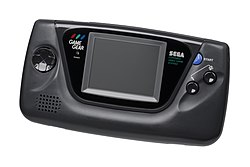 The first culprits this week is the Game Gear. Beautiful gaming device. Pretty big for a portable but marketed as such by Sega. What was great about this handheld is it could be converted into a pocket TV and…. It was in full Colour! This was a big deal for a portable. The old Gameboy had not managed to introduce colours to the handheld world yet. This was a full handheld Master system (Yep same specs near enough).

Great, the problem… It ran from 5 to 5 hours on good batteries! Now cheap batteries I found… This thing gobbled them 6 at a time. That’s a lot of cash if your going to play on it a few hours a week.

While were on the issue of hand held gaming you have to question just how “hand held” both the original Game Boy and Game Gear were. Let’s just say you would have known you had them in your pockets. Come to think of it I don’t think I had pockets big enough.

On the subject of clunky devices the pad of the original Xbox too has to be in there. It’s massive and really odd to use.

Nintendo don’t get away free with niggles here. The Gamecube memory cards were notorious for corruption. Not so bad right? Well that was to me after getting further than I ever had before on the Legend of Zelda Windwalker. As old as I was at the time there was a full blown tantrum when the Gamecube happily told me that my game save was corrupted and suggested I format the memory card. If you get this issue when revisiting the console it isn’t just you. I swear those things broke all the time!!

Back with Sega. They have a few add on’s for their Mega Drive that sadly fell into the flawed category too. With the Saturn on the horizon Sega introduced an add on to give their Mega Drive more power. It was designed to be an entry bit 32bit system. In theory a great idea but in practice.

Trip Hawkins Quote lifted from wikepedia I think summed up the issue best.

“Everyone knows that 32X is a Band-Aid. It’s not a ‘next generation system.’ It’s fairly expensive. It’s not particularly high-performance. It’s hard to program for, and it’s not compatible with the Saturn”

The problem here was that there were too many Sega consoles and add on’s (lets not forget the Sega CD) on the market. The obvious solutions in my eyes would have been to make the Saturn Backwards comparable. Imagine how many Mega Drive owners would have gone for that!
However if you go out there and buy a 32x now.. Finding games may not be so easy. But it maybe the 32X owners here who get the last laugh. Ebay prices on both the hardware and games have gone took somewhat of a price hike now they’re collectible. 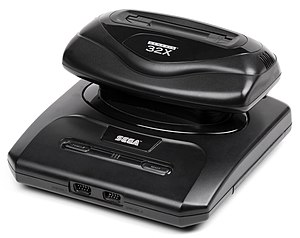 Until Next Time
Have a Great Dayyyyyyyy!!!!!!!