ComicsCulture – Just How Will Bryan Singer Fix The X-Men?

Just How Will Bryan Singer Fix The X-Men?

Although I’m very much a DC man now, the X-Men have been a part of my life since I was a bonnie child ignorant to the horrors of life (such as Spiderman 3). Now I don’t mean the X-men raised me, obviously, I didn’t have nappy changes by Wolverine or I wasn’t breastfed by Rogue. Both of which would be extremely painful. But I did watch every episode of the animated series right up until the age of 10 when the first X-Men movie came out thanks to Director Bryan Singer.

This much loved film which is now over a decade old (do you feel old?) spawned 2 sequels (X2 and X-Men: The Last Stand) and two spin-off films (X-Men Origins: Wolverine and X-Men: First Class). And those last two have sequels of their own in the works!

The Wolverine is the next X-Men movie due in our cinemas and it promises a better storyline than its predecessor particularly when it comes to cramming as many mutants into a film then killing them. 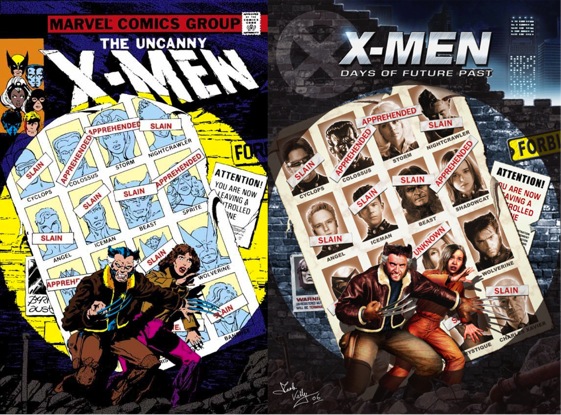 The sequel to First Class will be released in 2014 and brings Brian Singer back to the director’s seat. Known as X-Men: Days of Future Past, it sees the cast from First Class being reunited as well as a lot of the cast from the original trilogy. It follows a comic story arc written below, (if you don’t want to know, I shall issue the classic SPOILER ALERT in all caps):

“X-Men: Days of Future Past comic introduces a dystopian alternative future where mutants have been captured and imprisoned in internment camps. Adult Kate Pryde transfers her consciousness into her younger self, Kitty Pryde, in order to warn the X-Men and get them to stop the event that triggers the rise of the anti-mutant movement. At the conclusion of the story, two timelines are formed, one where the dystopian future remains and one where the errors of the past are corrected. Given the unique/different nature of this film, in terms of the combination of the original X-Men cast with the First Class cast, we are assuming that the “future” will be the present day with the X-Men original cast and that Kitty Pryde will either physically travel back in time to the First Class time period, or send her consciousness into another person’s body.”

Now, I feel you guys know which films Brian Singer wasn’t involved in, but I’ll explain. After X2 Brian Singer left to do Superman Returns, which was pretty much a disaster all round. People didn’t feel the love for Superman, but people seriously did not feel the love for X-Men: The Last Stand. More on that later. The other film Brian wasn’t involved in was X-Men Origins: Wolverine. Luckily for us, he returned to X-Men: First Class as a producer. 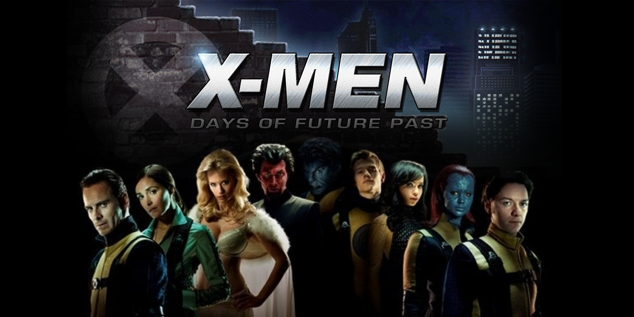 Recently, whilst being interviewed Bryan Singer said he’ll be using X-Men: Days of Future Past to ‘fix’ some things that went wrong while he was away. But what exactly needs fixing??

Let’s take a quick look at Wolverine. For starters there is a weird lack of continuity between itself (being a prequel) and X-Men. Like why doesn’t Wolverine recognise his own brother (Sabretooth) in the whole of X-Men? But to be honest, many of gripes with Wolverine are purely superficial, misuse of characters, continuity etc. If you take a look at X-Men: First Class, everyone involved seemed to just ignore Wolverine. The proof lies with Emma Frost. Whereas in Wolverine she is rushed in and out in a quick sort of “Look Emma Frost!” way. But X-Men: First Class said “No. THIS is Emma Frost” and gave the character the dignity she deserves. But these are small issues compared to X-Men: The Last Stand.

So we know (for a fact!) that along with the original cast of X-Men: First Class there will be: Patrick Stewart (Prof X), Ian McKellan (Magneto), Ellen Page (Shadowcat), Halle Berry (Storm), Hugh Jackman (Wolverine), Anna Paquin (Rogue) and Shawn Ashmore (Iceman) all returning to the franchise. There are also rumours flying about of the return of Famke Janssen (Jean), James Marsden (Cyclops) and Alan Cummings (Nightcrawler).

So what does this mean? Will Bryan Singer be ignoring The Last Stand completely? And if not how will resurrect some of these characters? (I’m aware of the Professor X after credits scene, but still, how will they get Scott back? Or Jean?). My opinion points to a possibility where two tangent timelines following X2 are formed. One leads to X-Men: The Last Stand, and one which leads to this dystopian future where the X-Men from the first trilogy need to send Kitty Pryde back in time? They might need to get the Doctor involved. Now THAT’S a film! Somebody pitch that!