My Road To WrestleMania…. Ends

Here is what it was all building towards… 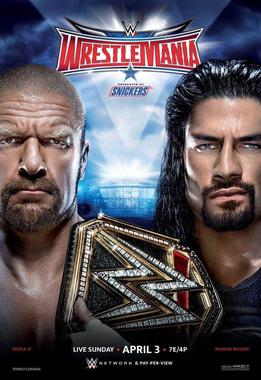 I would like to say I was excited the morning of WrestleMania asI was, but I was also preoccupied. The AT&T Stadium is quite a way from Dallas itself. Despite being advertised as WrestleMania Dallas, the stadium was actually nearer Arlington Texas.

We chose the Rally Bus to get to and from the stadium. This was definitely one of the more cost effective ways (Uber from the sStadium back to Dallas upwards of $100 on WrestleMania day). Though we did need to get a Taxi from central Dallas itself to the hotel.

Next was the mass of people and the waiting at the stadium. This was bad, really, really bad! To the point where there were people passing out waiting in the heat. The staff at AT&T seemed disorganised as very few gates were opening and it was taking ages to get people in. I was glad we had gone to Cici’s Pizza for a bite to eat and rejoined the lines because it seemed to make no difference to when you got in. People had BBQ’s in the car park and were enjoying making a day of it… That’s probably the right way to do this but when they stopped the lines yet again chants of “Bullshit” erupted.   My sentiments exactly. We were later told there had been a security alert and this had caused the delays. So the delay was unfortunate, but forgiveable.

So much has been written about the show behind those doors at the AT&T. Some good but also a lot of criticism. All I can tell you is that for the length of that show (and it went over 6 hours) I was never bored. Not once did I feel I needed to check the time. This was WrestleMania. Rather than supply you with yet another WrestleMania review I’m going to repeat the words of some random guy I talked to at the airport. The man was spot on!

“They have to make that show for everyone you know. Some guy’s like the legends, some like the NXT guys.”

There was a lot of negativity about legends. Austin, Michaels, Foley, (told you we weren’t through with him), Sting, Shane, ‘Taker, Rock,  even that cameo by Cena. But for me, someone who had travelled this far, and as someone who has been watching these guys my entire life, these inclusions were a pleasant surprise and all very fitting.

My advise for WrestleMania or indeed any Wrestling event you go to is to enjoy them… And preferably stay away from the internet while you do.