Welcome Back To Retro Reaction,

A bit of a format change this time. Gone are the sets of blogs. This way allows me to write more about what comes to mind and at a pace that’s not set.

Today, I want to look at a game that is not that old. It’s not a plug either because the game is no longer available in the likes of Xbox or Playstation Arcade. The Power Rangers Mega Battle. I think BTSM Retro Reaction is probably going to be the only positive review you will read for this forgotten beat em up. 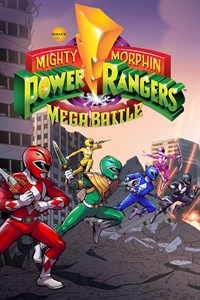 I admit I got this one in one of those Playstaion Network Sales. It was the grand price of £3.99.
I played a few minutes of it and found exactly what the reviewers were saying. It is a repetitive and somewhat generic beat em up.

The game is emulating those great side scrolling beat em ups like Streets of Rage, or The Simsons Arcade. Just with the Power Rangers franchise as the characters.

Then my nephew (who I had bought the game for) came to visit. At age four he can play this one with me, and he is having an absolute blast. Sure he can’t read the cut scenes. But the story he is making up to go along with it is far more entertaining anyway.

The surprising thing is he’s having more fun with this side scrolling beat em up then on Super Mario. Yes the game  misses the mark with us older fans looking at it just as nostalgia, and had I looked at this one before seeing my nephew play, I would probably have slated it.
But as a fun family game (with added controllers this one could accommodate up to 4 players) This one is a winner.

Until Next Time, Have a Great Day!

← The Pros and Costs of being a Pro Wrestling Fan in 2020
Titans Season 2: An interesting take →